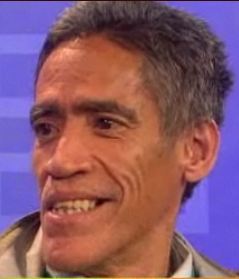 Two days ago Ted Williams was standing on the side of the road panhandling.  He carried a sign which read, “I have a God-given gift of voice. I am an ex-radio announcer who has fallen on hard times.  Please! Any help will be greatfully [sic] appreciated. Thank you and God bless you. Happy holidays.”

Someone pushed a phone camera through their car window and asked him to show them that radio voice.  And he did.  Did he ever!  In a polished and trained voice, he said, “When you’re listening to ‘Nothing But the Best of Oldies,’ you’re listening to Magic 98.9.”  And for a moment, you had to check to see if your radio was on.  He definitely had the voice. He wasn’t kidding.

The video went viral, and a local television station in Columbus sent someone out with a camera, and the rest, as they say, is history.  Only this story is a little more remarkable than most.  In forty-eight hours Ted Williams has probably had more offers for work and help than he has had his entire life accumulated.

Kraft has him taping for some macaroni and cheese spots today.  The Cleveland Cavaliers have offered him a job as their announcer.  And he has had to get someone to field all the offers and help him make the right choices.  Today he has choices. Three days ago he had nothing but the hope that someone might give him a dollar on the street corner.

His interview with Matt Lauer and Meredith Viera was heartwarming.  He is a grateful man.  It was hard not to wipe a tear listening to him recount losing a life to alcohol and drugs.  Since most of us have been affected by drugs in some way, it is easy to connect with him.  Most families have someone whose life has been ruined or drastically altered because of drugs.  Sometimes it is easy to give up hope for those who are ravaged.

He went on to describe a transformation that he attributed to God.  In years gone by, he told them, “I didn’t acknowledge the Lord, or thank him for anything… but this time around, I’m acknowledging him in all my ways.”

Lauer complimented him that on the video that went viral he seems to be a thankful and humble man, saying things like thank you, and God bless you to anyone who spoke.  He asked where that came from, and Williams said, “My mom.”  He went on to tell how she had taught him to “do unto others as you would want them to do unto you, the golden rule, as she always put it.”   And then this:  “I always used to pray to God, religiously, ‘Lord please let my mom live to see another year, maybe this would be the year, when somebody would say, ‘Hey, man, you want a job?'”

His mom can be proud today.  And so can his children.  He comes to the limelight as a humble man, wise about the dangers of drugs and alcohol, and wiser still about the power of God over both!  God love Ted Williams!